The church is built of fieldstones and it has a seam roof. Roof construction is timber framed structures, which were appreciably rotten. Parts of the roof have been leaking for many years, and the ceiling has partially collapsed.

It is the 5. anniversary of works at Lalsi church. A lot of people has contributed during these five summers to save Lalsi church from ruin. Lalsi church TALGUD 2022 took place on July 17-22. This year we dedicated for works inside the church.

As most of plastering works was done by builders in June with financial help of local municipality, it allowed us to finish painting works and dismantle the interior scaffolding during the restoration workshop (talgud) in July.

The big painting works in July were followed by the conservation works with iconostasis by paint conservators. We are most grateful for the cooperation with Estonian Academy of Ars, Heritage Board, Estonian Open Air Museum department of conservation and Society of Estonian Conservators. 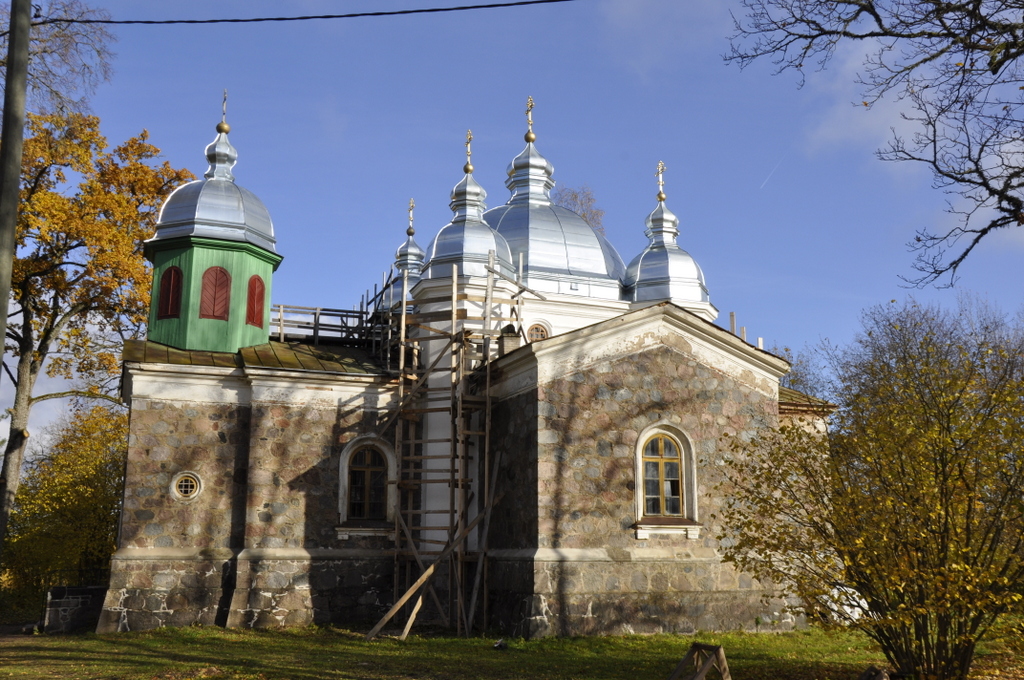