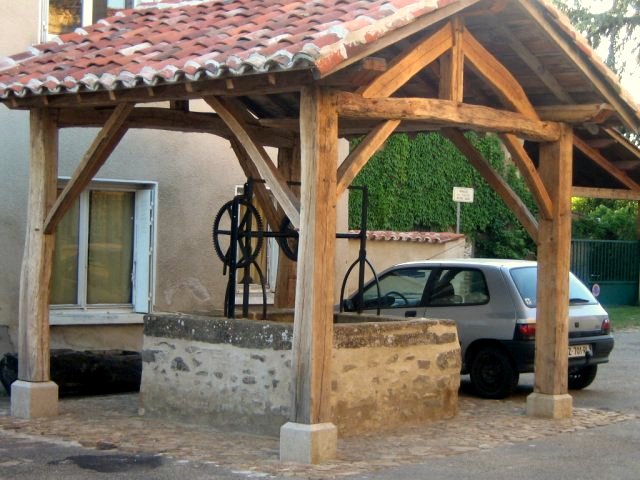 See the course on the pictures!

See the Teaser for the Documentary by John Neeman Tools

We’re inviting you to a five-day Traditional French scribing workshop in Estonia in April 2015. This program is sure to provide an excellent opportunity to sharpen and expand your carpentry and timber framing abilities in both theory and practice within a mixed group of professional Estonian log builders and international carpenters.

The course will be tutored by French carpenter Mourad Manesse, who has been working as a carpenter for nine years. Most of his projects have been executed using hand hewn wood and without the use of power tools. He has also done restoration works on different traditional houses in France. Five years ago he began offering courses in scribing and cutting wooden joinery.

Participants will learn how to hew timbers, scribe hand hewn beams, cut joints with saws and chisels, make a mortise and tenon, and use a plumb bob in the traditional French way. During the course a pine frame will be built similar to the well house built by Mourad in 2009 using only hand tools.

The course will be hosted by Vanaajamaja, an Estonian non-profit organization dedicated to establishing training programs, disseminating information, and serving as a center of Estonian traditional building and log house renovation for the professional and general public alike. Vanaajamaja has been hosting workshops and organizing training courses for Estonian carpenters since 1998.

Over the last few years, several international projects have taken place including the Jaruska covered bridge building in summer 2012 and a log-building workshop for an international group in spring 2014 and 2015.

The course will be held in the Mooste Training Center, a complex of restored stone and timber buildings surrounding the 16th-century Mooste Manor.

The meals provided will  emphasize local, home-cooked Estonian food. We suggest for accommodations the Mooste guesthouse, which provides breakfast and is a near by restored building in the historic manor complex. We are ready to assist in transportation questions.

The course is organized in cooperation with Estonian Wooden Houses Cluster.